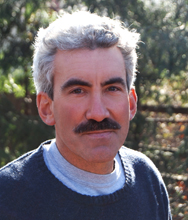 Previous research has shown that competition at the consumer level is only likely to result in reduced prices and improved quality when sufficient numbers of consumers make informed decisions. The study led by Loewenstein shows that consumers do not understand health insurance and therefore casts doubt on whether they will make the best decisions under the ACA.

Published in the Journal of Health Economics, the researchers report findings from two surveys of representative samples of Americans between the ages of 25 and 64 who have private health insurance and are the primary or shared decision maker for their own or their families’ health care. Behavioral economists at the University of Pennsylvania, Stanford, Harvard and Yale universities and the University of Chicago, as well as professionals at a health insurance company participated in the research.

The first survey was designed, in part, to uncover how well the insurance holders understand four basic traditional health insurance concepts — deductible, copay, co-insurance and out-of-pocket maximum — as well as how well they believe they understand them. Analysis of responses revealed that while insured Americans felt confident about their own understanding of these concepts, their actual understanding was much lower; only 14 percent of all respondents accurately understood all four concepts.

The first survey also found that only 11 percent of respondents presented with a traditional insurance plan incorporating all four of these elements were able to compute the cost of a four-day hospital stay when given the information that should have enabled them to do so. Finally, the survey revealed that a simplified insurance plan that eliminated deductibles and copays — the two least well understood elements of insurance plan design — would appeal to consumers.

“It is strange, in my opinion, that the insurance market has evolved so, that so few individuals understand the fundamentals of the medical insurance plans they are insured under,” said Loewenstein, the Herbert A. Simon University Professor of Economics and Psychology in CMU’s Dietrich College of Humanities and Social Sciences. “Insurance plans incorporate all sorts of incentives designed to encourage customers to make specific types of decisions. What is the likelihood that they are going to respond to these incentives if they can’t understand the most basic elements of plan design?”

Based on the finding that consumers had trouble understanding deductibles and co-insurance, the researchers then collaborated with the insurance professionals on the team to design a simplified insurance plan using only copays (no deductibles), which was later marketed to the insurer’s customers. The second survey then compared the ability of respondents to compute costs under the simplified plan as compared with a traditional plan with similar copays. The survey also asked respondents to make hypothetical health care decisions based on the simplified and traditional insurance plans, such as whether to go to the emergency room or to an urgent care clinic with an earache. Half of the participants gave responses first using the traditional plan, then using the simplified plan, while the other half were exposed to the two plans in the reverse order. Finally, the second survey elicited respondents’ preferences between the two plans. Both plans had the same premium.

“The ACA deals with the problem of consumer misunderstanding by requiring insurance companies to publish standardized and simplified information about insurance plans, including what consumers would pay for four basic services,” noted lead author Loewenstein. “However, presenting simplified information about something that is inherently complex introduces a risk of ‘smoothing over’ real complexities. A better approach, in my view, would be to require insurance companies to offer truly simplified insurance products that consumers are capable of understanding.”

George Loewenstein (pictured above), the Herbert A. Simon University Professor of Economics and Psychology at CMU, says health insurance companies should be required to offer truly simplified insurance products that consumers are capable of understanding.