To admit or not to admit: Huge variation in hospitalizations from emergency room suggests opportunity to save billions

ANN ARBOR, Mich. — It sounds like the setup for a joke: Two identical patients go to two different hospital emergency entrances, complaining of the same symptoms. 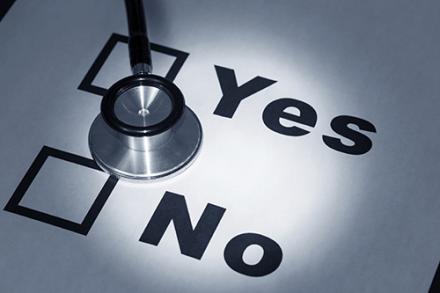 The decision to admit an emergency patient to the hospital, or not, for non-life-threatening illness carries many implications – including major differences in care costs.

But what happens next is no laughing matter, according to a new University of Michigan study published in the September issue of Health Affairs. While one patient may get treated and released from the emergency department, the other gets sent upstairs to a hospital bed – at a cost of tens of thousands of dollars.

In fact, doctors at one hospital may be as much as six times as likely to admit an emergency patient with a common non-life-threatening diagnosis to the hospital, compared with doctors at another hospital treating an identical patient.

This variation in decision-making about hospitalizing emergency patients with the same non-life-threatening condition may cost an extra $5 billion dollars a year, the study’s authors estimate, depending on different assumptions.

Finding ways to narrow the differences between hospitals when deciding what to do with a patient after emergency treatment could yield major savings to the companies and government agencies that pay for most health care. Such decisions happen more than 350,000 times a day in the U.S. alone. 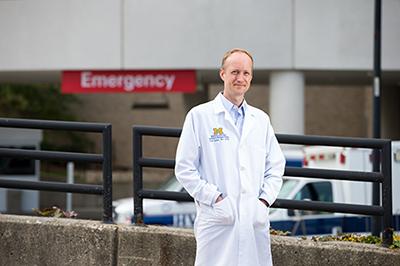 “Our data reveal widely varying decision-making about hospitalization for patients who come to the emergency department with symptoms such as chest pain, asthma flare-ups, an infected wound, or a urinary tract infection,” says Keith Kocher, M.D., MPH, senior author and an assistant professor of emergency medicine at the U-M Medical School. “This suggests tremendous opportunity for care improvement and cost reduction, and even the chance to turn the ED into a workshop for new forms of care coordination and alternatives to acute hospitalization for such patients.”

Kocher and his co-authors analyzed national data on 28.5 million emergency visits to 961 hospitals in 2010, by adults with 15 different common conditions and any form of insurance. Just over 15 percent of the visits resulted in a patient getting admitted to the hospital – at an average cost of nearly $35,000 each.

For patients with a life-threatening condition – such as a heart attack, acute kidney failure or sepsis – the researchers found little variation between hospitals in the decision to admit them or transfer them to another hospital for admission.

But for patients with chest pain and no heart attack, the odds of getting admitted ranged widely, especially when the researchers factored out patients’ other health conditions, age, gender, and insurance status.

The variation was smaller for patients with soft tissue infections or asthma flare-ups. But some hospitals were three times more likely to admit them than others, the researchers found after factoring out other variables.

For patients experiencing symptoms of emphysema or chronic bronchitis (collectively called COPD for chronic obstructive pulmonary disease), or a urinary tract infection, the chances of admission varied more than twofold depending on what hospital they went to.

All five of these conditions with high variation in post-emergency hospitalizations had very low in-hospital death rates, Kocher notes. The COPD patients had the highest chance of dying before leaving the hospital, at just over 1 percent, and the chest pain patients had only a 0.05 percent death rate. By contrast, nearly 15 percent of the sepsis patients died during the hospital stay that followed their emergency visit.

“Finding ways to determine which patients with less-serious emergency symptoms have the highest risk of dying or serious complications, and therefore the most need for hospitalization, should be a priority as we seek to make the best decisions about emergency admissions and individualized care,” says Amber Sabbatini, M.D., MPH, an emergency physician and first author on the study, who is now on faculty at the University of Washington.

The total charges for caring for patients hospitalized from the emergency department for all 15 conditions exceed $266 billion a year, the researchers calculate, though hospitals likely were paid more like $80 billion once the bills were actually paid by insurers, Medicaid or Medicare – or left unpaid by the 18 percent of patients in the study who were uninsured.

Many of those hospitalizations were likely highly appropriate – no one would dispute the need to admit the patient, Sabbatini explains. “The decision to admit also remains a personalized, clinical decision which these data may not be able to fully tease out,” she notes. But for the five conditions described above where hospitals varied most, hospital charges totaled an estimated $52.6 billion, and reducing variation may lead to nearly $16 billion in fewer charges to U.S. payers annually.

“These results suggest there may be sizeable savings to U.S. payers if differences in post-emergency hospitalization practices could be narrowed among a few of these high-variation, low-mortality conditions,” the authors write.

In addition to Kocher and Sabbatini, the study’s authors include Brahmajee K. Nallamothu, M.D., MPH, an associate professor of cardiology in the U-M Medical School’s Department of Internal Medicine and core investigator at the Health Services Research and Development Center of Excellence at the VA Ann Arbor Healthcare Center.

The research used data from the Nationwide Emergency Department Sample, developed by a federal, state and industry partnership and sponsored by the Agency for Healthcare Research and Quality as part of its Healthcare Cost and Utilization Project. Patients who died in the emergency department were not included, and data on patients treated under observation status is not available through NEDS. Reference: Health Affairs, Sept. 2014, 33:9, http://content.healthaffairs.org/content/33/9/1655.abstract