ANN ARBOR, Mich. — If you want to learn more about the people in urban communities – from their health habits to what their neighborhood needs –  save a stamp on mailing a survey. Just text them. 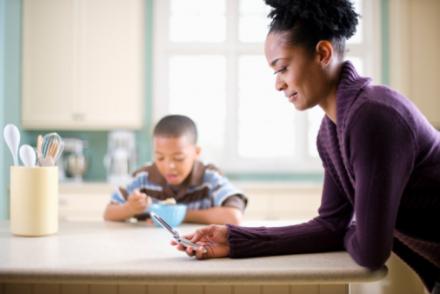 A new pilot study among low-income African-Americans in Detroit suggests that there is a clear preference on how residents choose to communicate – whether it’s by researchers asking questions for a health study or community advocates gauging resource needs. They want you to talk to them through their phones.

“Our study shows great potential to connect with a population that’s traditionally difficult to reach.  Texting is a simple technology that is already being used for everyday communication- it is something people from all backgrounds are very comfortable with,” says lead author Tammy Chang, M.D., MPH, MS, an assistant professor in the department of family medicine at the University of Michigan Medical School and member of the Institute for Healthcare Policy and Innovation.

“This is a group whose attitudes and perceptions are incredibly important to understand, but who may not necessarily be taking online surveys or attending community meetings. We found that texting is not only acceptable and feasible but is the preferred method of collecting real time information from low-income community members.   Most importantly, texting may offer an efficient, inexpensive way to give a voice to people who aren’t often heard and whose needs aren’t always met.”

The 20 participants were asked hypothetical questions related to their health to evaluate how they would respond to leading reasons for urgent outpatient medical visits and also common primary care concerns. Examples included what they’d do if they needed a flu shot for a new job, had a four-day-old rash on their leg, or fell down the stairs and thought they’d broken a leg. On average, the response rate was 72 percent.

The answers gave researchers a glimpse into possible health needs in the community. One question, for example, asked people how they would respond if they couldn’t move their right arm or leg and suddenly couldn’t speak. Several participants didn’t realize those were signs of a stroke, answering that they would wait it out. The findings prompted local initiatives to better educate the community on telltale stroke warnings.

Researchers point out that text messaging has become ubiquitous in the country and its brevity and simple wording may potentially reduce the literacy barrier of other types of surveys. Cell phone ownership is also rapidly growing among minorities and low-income Americans. More black Americans own cell phones than white Americans (93 percent compared to 90 percent) and they are also more likely to use text messaging (79 percent compared to 68 percent), according to the Pew Research Center.

“What’s great about text messaging is that it’s not a new technology that anyone has to create or learn how to use,” says Chang, an alumnus of the Robert Wood Johnson Foundation Clinical Scholars Program. “Typically we have used cellular phone technology to push out information, not as much to collect opinions from people.

“However, this everyday technology may not only help researchers better understand under-represented perspectives, it can also help organizations quickly tap into their stakeholders thoughts and opinions to get to the heart of significant issues.”