The rate of smoking in the United States has fallen to 18 percent among adults, but among homeless adults, the rate is a staggering 70 percent.  According to previous UTHealth research, this may be because homeless smokers who are trying to quit smoking typically encounter an average of 40 smokers per day, more than in other populations.

“Addressing the culture of smoking in homeless shelters through policy changes may improve health and support cessation in this population,” said Michael Businelle, Ph.D., principal investigator and assistant professor of health promotion and behavioral sciences at the UTHealth School of Public Health Dallas Regional Campus.

After a partial outdoor smoking ban was enacted, researchers measured changes in attitudes and resident health. Participants in the study experienced a significant reduction in expired carbon monoxide levels, around 15 percent, indicating less smoking and/or less exposure to secondhand smoke. The outdoor smoke-free courtyard was used more frequently following the implementation of the partial ban. 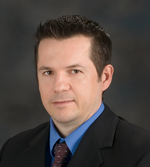 “This type of shelter policy change may be well tolerated with few negative consequences,” said Businelle.

The study, titled “Smoking policy change at a homeless shelter: Attitudes and effects”, was funded in part by the UTHealth School of Public Health, The University of Texas MD Anderson Cancer Center and the American Cancer Society (MRSGT-10-104-01-CPHPS to Kendzor and MRGST-12-114-01-CPPB to Businelle).