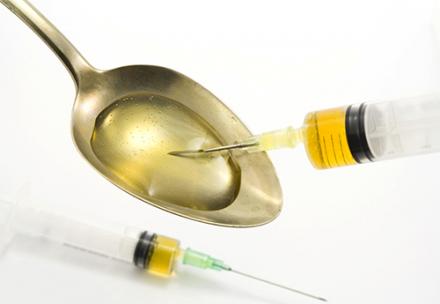 ANN ARBOR, Mich. — So far this year, 58 people have died from drug overdoses involving the prescription painkiller fentanyl in two counties of metropolitan Detroit, according to new data from the medical examiner offices for both counties.

The deaths, in the areas that include Ann Arbor and Detroit, mainly involved fentanyl in combination with other drugs — including other opiate painkillers, and heroin intentionally adulterated with fentanyl.

In Wayne County, which includes Detroit, 53 deaths from fentanyl in combination with heroin, other prescription painkillers, alcohol and/or cocaine have occurred since January, compared with 68 such deaths in all of 2014.

The new data are from Washtenaw and Wayne County Medical Examiner’s offices. Both are run by U-M’s Department of Pathology under contract with the counties.

In Washtenaw County, which includes Ann Arbor, the heroin-fentanyl combination appears to be most worrisome. Of the 23 heroin-related deaths there since October, seven included fentanyl.

In addition, two drug users in Washtenaw County have died in 2015 after injecting what they thought was heroin, but turned out to be pure fentanyl.

As a result of this sharp rise, University of Michigan Medical School forensic pathologist and Washtenaw medical examiner Jeffrey Jentzen, M.D., Ph.D. is calling for awareness among the general public, law enforcement and medical personnel.

“We are increasingly seeing signs of what appears to be a return to the epidemic levels of ten years ago, when fentanyl-related drug overdoses were blamed for 236 excess drug deaths,” says Jentzen, who directs the U-M Health System’s Autopsy and Forensic Services division. “This combination kills even experienced drug users, who likely do not know that they’re consuming a a drug that’s 15 to 20 times more potent than heroin, and 80 to 100 times more potent than morphine.”

“This is a concerning trend that we hope to counter via awareness,” says Wayne County Medical Examiner and U-M associate professor Carl Schmidt, M.D., M.P.H.

Adds Jentzen, “Fentanyl decreases breathing to the point that you can ‘die before you get high’, and yet does not produce the high that users seek. It’s used to cut heroin, to reduce its cost.”

When prescribed by doctors, and used carefully by patients as a skin patch or oral drug, fentanyl is an effective treatment for severe cancer pain. It can also be used as an anesthetic. But when injected alone or with other drugs, it can kill quickly.

Emergency medical treatment with high doses of naloxone, an anti-opioid treatment, can prevent death from a heroin or opiate painkiller overdose if given in time.

But because fentanyl has a longer half-life in the body, it can still kill someone who has received it in combination with another drug — even after they have been treated with naloxone for what they think is just a heroin or opiate painkiller overdose.

As a result, Jentzen notes that emergency care teams should be vigilant for longer-term effects even after treating someone for a heroin overdose.

Jentzen notes that the toxicology testing laboratory to which U-M physicians send samples for their medical examiner cases has observed a sharp rise in fentanyl-related cases around the country.

The U.S. Drug Enforcement Agency issued an alert to law enforcement on March 18 about fentanyl, and noted upticks in deaths in several locations