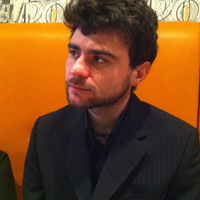 The federal government’s newly announced ‘no jab, no pay’ policy will end the conscientious objector exemption on children’s vaccination for access to the childcare and family tax benefits.

Dr Giubilini, a researcher in the CSU Centre for Applied Philosophy and Public Ethics (CAPPE), said this is likely to increase vaccination rates and improve public health, but it is not the answer.

“Not to vaccinate one’s child is a wrong choice,” he said. “It is wrong from a medical point of view, because vaccines are safe.

“It is wrong from the point of view of the care due to one’s child, because the child might fall ill when illness is easily preventable.

“It’s also wrong from an ethical point of view, because not vaccinating a child risks harming not only the child but members of the community who cannot be vaccinated for medical reasons, such as those undergoing chemotherapy.

“It would be a mistake, however, to think that this policy will solve all the problems. Those who do not need the childcare benefits will continue not to vaccinate their children, and those who rely on childcare benefit will feel coerced into making a choice that they do not want to do.”

Considering this coercive element that many parents would feel anyway, Dr Giubilini advocates that making vaccination mandatory is a better solution.

“Coercion can sometimes be acceptable, or the lesser of two evils, when a significant public interest in health is at stake,” he said. “For example, people are put in quarantine to protect public health and this is commonly accepted.

“The idea of ‘conscientious’ objection to vaccinating one’s children is to be rejected. Conscience is often used as if it were a magic word. By appealing to conscience, people claim all sorts of rights.

“But these alleged and vague rights cannot be granted when a significant public interest is at stake. We should stop calling opposition to vaccines conscientious objection. This means nothing.”

Dr Giubilini said many parents are simply scared of vaccines because they are not adequately informed.

“Concerns were raised in the 1990s after a study published in an authoritative scientific journal suggested a correlation between vaccination and increased risk of autism,” he said.

“There is a solid consensus in the scientific community that vaccines are safe. It is important that people are adequately informed.

“Some people have an ethical opposition to vaccines. They have the idea that it is preferable that their children fall ill and recover naturally.

“But nature itself has no mind to healing or benefiting people. Letting nature do its course represents a risk for the child and for those in the community who, for medical reasons, cannot be vaccinated.

“This blind reliance on the healing power of nature is anti-scientific and ideological. It risks posing a high risk on the community and, as such, cannot be accepted, no matter whether we call it conscientious or something else.

“There would, of course, need to be exceptions in the case of children who, for medical reasons, cannot be vaccinated.

“For all the others, if the government wants to take a substantial step in the interest of everybody’s health, mandatory vaccination is preferable to a system based on incentives or punishments.”