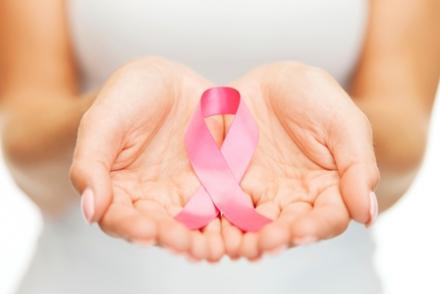 ANN ARBOR, Mich. — A survey of women with breast cancer found that nearly half considered having a double mastectomy. But of those who considered it, only 37 percent knew that the more aggressive procedure does not improve survival for women with breast cancer.
Among women who received a double mastectomy, 36 percent believed it would improve their survival. Studies have shown that for women at average risk of a second cancer, removing the unaffected breast does not meaningfully improve survival.
The study, which was presented at the American Society of Clinical Oncology annual meeting, looked at 1,949 women who had been treated for breast cancer. About 20 percent of the women surveyed had both breasts removed, a procedure called contralateral prophylactic mastectomy. Even among patients without a genetic mutation or family history that might put them at risk of developing cancer in the other breast, 19 percent had double mastectomy.
“Our finding that so many women are receiving much more extensive surgery than needed to treat their disease is striking. Women diagnosed with breast cancer are naturally eager to do everything in their power to fight the disease. So many of my patients tell me that they just want to do everything they can to be there for their kids.  It is up to us, as doctors, to make sure they understand which treatments are really going to do that, and which actions might seem heroic but are actually not expected to improve the outcomes for a typical woman with early stage breast cancer,” says lead study author Reshma Jagsi, M.D., D.Phil., associate professor of radiation oncology at the University of Michigan Medical School.
Surgeon recommendations – or perceptions of surgeon recommendations – played a big role. Only 4 percent of women who said their surgeon recommended against double mastectomy had the procedure. But 59 percent of women who perceived their surgeon to recommend it had double mastectomy.
“Patients are coming away with perceptions that really require adjustments. Doctors need to address the jaw-dropping gap between knowledge of contralateral prophylactic mastectomy and the perception of what their surgeons are telling them,” says study author Steven J. Katz, M.D., M.P.H., professor of internal medicine at the U-M Medical School and of health management and policy at the U-M School of Public Health.
The study was conducted by the Cancer Surveillance and Outcome Research Team, a multi-institution research group based at the University of Michigan Comprehensive Cancer Center focused on issues related to cancer quality of care. Jagsi and Katz are also members of the University of Michigan Institute for Healthcare Policy and Innovation.
Funding: National Institutes of Health, National Cancer Institute P01-CA-163233
Disclosure: None
Reference: American Society of Clinical Oncology annual meeting, May 29-June 2, 2015, Abstract #1011
Media Contact: Nicole Fawcett 734-764-2220
Share on:
or:
Our Newsletter Subscribe!