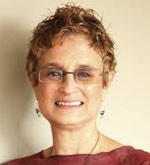 Most of the debate around e-cigarettes has focused on the developed world, but the devices are becoming more widely available in some low- and middle-income countries, where there is even greater potential for impact on public health, say two Stanford University School of Medicine researchers.

“People don’t think e-cigarettes will reach the developing world. But they are already being produced in developing countries, and they are cheap. People know they are available,” said Andrew Chang, MD, a resident in internal medicine who focuses on global health.

Chang and Michele Barry, MD, director of the Stanford Center for Innovation in Global Health, are co-authors of a commentary on e-cigarettes that was published in the Aug. 18 issue of the Journal of the American Medical Association.

According to the World Health Organization, global use of e-cigarettes is booming, with more than half of the world’s population living in countries where the devices are available. Global sales of e-cigarettes reached $3 billion in 2013 and are expected to grow to $10 billion by 2017, the WHO projects.

Public awareness of the devices is high in some developing countries. In the recent International Tobacco Control survey, 34 percent of adults in Mexico, 35 percent in Brazil and 62 percent in Malaysia said they had heard about the devices or tried them. In some of the poorest regions of the world — notably Africa and South Asia — there is little known about e-cigarette use, though these are vast potential markets, the authors wrote. 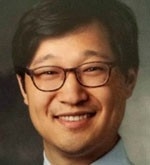 Chang said a major concern is that marketers of e-cigarettes may use them in poorer countries as a mechanism to recruit new smokers, particularly young smokers, offering the devices at low cost and then raising prices later, forcing users to switch to conventional cigarette products.

“What we are most concerned about is the entry of big tobacco on a global scale in which they could hijack the harm-reduction potential and recruit new and never users into smoking,” he said.

Nicotine exposure is a major contributor to cardiovascular disease, which remains one of the leading causes of death in the developing world, where access to primary care interventions, such tools to control blood pressure and lower cholesterol, are often scarce, Chang said. Exposure to e-cigarettes also may exacerbate lung problems, such as tuberculosis or lower respiratory tract infections, which are highly prevalent in the developing world, he said.

Because of the potential for harm, Chang and Barry urge developing countries to exert greater regulatory control over e-cigarettes, also known as electronic nicotine delivery systems. ENDS are banned in some countries, including Brazil, Uruguay and Singapore, but in some regions, regulatory control has been hampered by difficulty in determining whether e-cigarettes should be classified as consumer goods, controlled substances or medical devices, they noted.

“Developing nations should not underestimate the availability and targeted marketing of ENDS within their borders and should place e-cigarettes under the purview of their medical and pharmaceutical regulatory boards,” they wrote.

The authors also urge nongovernmental organizations, such as the Gates Foundation and the Bloomberg Initiative to Reduce Tobacco Use, to support regulatory control and enforcement of the devices.

Information about Stanford’s Department of Medicine, which supported the work, is available at http://medicine.stanford.edu.