In the cover article of this month’s Journal of the American Dental Association, a group of nine dentists, pharmacists, and addiction experts provides new research and recommendations to help dentists combat, rather than contribute to, abuse of addictive painkillers.

PROVIDENCE, R.I. [Brown University] — The Obama administration turned a bright spotlight on prescription painkiller abuse in April when the Office of National Drug Control Policy released a national action plan and a statement from Vice President Joe Biden. With a cover article in the July edition of the Journal of the American Dental Association (JADA), dentists focus that spotlight on themselves both as major sources of opioid drugs and as professionals with largely untapped power to recognize and reduce abuse.

George Kenna
“Many dentists really haven’t even perceived there to be a problem.”
Credit: David Orenstein/Brown University“Many dentists really haven’t even perceived there to be a problem,” said George Kenna, an assistant professor of psychiatry and human behavior at the Warren Alpert Medical School of Brown University, an addiction psychologist at the Center for Alcohol and Addiction Studies, and the corresponding author of the article. “Dentists write the third-most prescriptions for immediate release opioids in the United States, but they often don’t know the appropriate number of doses to prescribe, how many doses a patient uses, or most importantly what patients do with the leftover tablets they have. Just ask someone the last time they threw away opioid prescriptions in particular. These leftover tablets — accumulated from various sources, not just dentists — that are often left in closets across the country are the primary source for prescription drug use initiation for children and adolescents.”

As outlined by the administration’s policy, facilitating ways to reduce the number of leftover painkillers such as hydrocodone and oxycodone that can become a supply of drugs in the home for those who would abuse them, dentists and other prescribers would be taking a significant step, said Kenna who is also a pharmacist. The National Survey on Drug Use and Health has found that seven in 10 people who have used painkillers nonmedically got the drugs through a family member or friend who had a prescription.

Last year Kenna helped lead a meeting of dentists and fellow addiction experts and pharmacists at the Tufts Health Care Institute Program on Opioid Risk Management, where he serves as a scientific adviser. The group produced this month’s cover article for JADA, which offered several recommendations for dentists, including:

In the article, the nine authors also call for more research to make the most effective use of opioid and non-opioid painkillers, for instance to determine how much painkiller and which kind patients really need. Without enough evidence to guide them, dentists have often felt obliged to prescribe opioids too often and in too great a quantity, Kenna said.

“Some new data show that ibuprofen as an anti-inflammatory does as well as many painkillers to kill pain for many dental procedures,” Kenna said.

One in two dentists surveyed

Despite the large role dentists have as painkiller prescribers, there has been very little research on dentists’ prescribing practices and experiences, particularly in the context of opioid addiction. To inform their discussion, the group commissioned a survey in 2010, led by Michael O’Neil, a pharmacy professor at the University of Charleston in West Virginia. In all, 52 percent of the state’s dentists responded.

The survey revealed that nine in 10 of the dentists surveyed prescribed opioids in the prior year. Two-thirds prescribed between 10 and 20 doses of the painkillers, but 41 percent acknowledged that patients would probably have some left over.

The survey also found some evidence that dentists can sometimes be shy about raising substance abuse as an issue with patients, even as they realize they are sometimes being used to get drugs. One in three of the dentists said they did not routinely ask new patients about substance abuse, but 58 percent of the dentists said they believed they have been the victim of prescription fraud or theft. 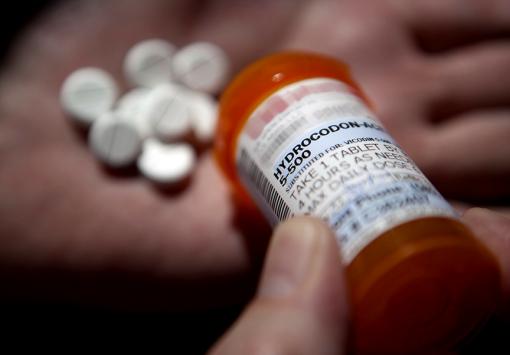 While dentists should guard against over-prescribing addictive drugs, especially to patients they don’t know well, Kenna said, they retain an obligation to help all patients, even ones who are addicted, to manage pain.

“There are ways that dentists can work with patients,” he said. “People who have a substance abuse problem do have legitimate pain. They do have a right to have some pain control and may even need more. But you hope there is a family member who will take control and make sure they only take the recommended dose.”

For all the things dentists could do, especially with more research to clarify the best prescribing practices, Kenna acknowledged that dentists are not currently compensated for the time required to investigate the drug use preferences and habits of their patients.

Kenna said he hopes to learn more about how the profession approaches opioids and addiction with a national survey of dentists.

“It’s a growing problem in the United States,” he said. “It’s a serious problem.”

In addition to Kenna and O’Neil, other authors of the paper were lead author Richard Denisco of the National Institute for Drug Abuse, Ronald Kulich of Massachusetts General Hospital, Paul Moore of the University of Pittsburgh, William Kane of the Missouri Dental Association Well Being Program, Noshir Mehta of Tufts University, Elliot Hersh of the University of Pennsylvania, and Nathaniel Katz, director of the Tufts opioid risk management program.

Some support for writing the article came from King Pharmaceuticals, a subsidiary of Pfizer that makes an opioid drug that is formulated to prevent abuse.