ANN ARBOR, Mich.- Veterans suffering from post-traumatic stress disorder who are also battling drug or alcohol problems face a higher risk of death, according to new research from the University of Michigan Health System and the VA Ann Arbor Healthcare System. 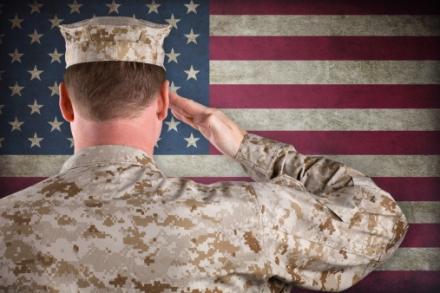 The new study is the first to examine the association between drug or alcohol use disorders and death in veterans with PTSD, and also includes data from the nation’s youngest veterans who have returned from conflict in Iraq and Afghanistan.

Kipling Bohnert, Ph.D., the study’s lead author, says the research sheds new light on the importance of treating both substance-use and post-traumatic stress disorders in veterans.

“Attention needs to be paid to veteran patients with PTSD, with an emphasis on identifying those who might also have a problem with drug or alcohol use,” says Bohnert, who is a post-doctoral fellow at VA Ann Arbor and a research fellow at the University of Michigan. “This study highlights the potential importance of effective treatment for both conditions in helping veterans after they’ve returned from conflict.”

Previous research on veterans has linked PTSD with higher risks of death, but this study is the first to highlight the association between substance-use disorders, PTSD and mortality. The study was published online in the journal Drug and Alcohol Dependence.

While the researchers found a significant link between substance-use disorders and death in veterans with PTSD across all ages, they also found that the association was most pronounced for the youngest group of veterans, including those from conflicts in Iraq and Afghanistan.

Bohnert says more research is necessary to figure out why younger veterans exhibit a stronger tie between substance-use disorders and death.

Federic C. Blow, Ph.D., the paper’s senior author, the director of National Serious Mental Illness Treatment Research & Evaluation Center at the VA, says the research might be helpful for physicians in deciding the best way to treat their patients.

“In theory, a treatment program that addresses both issues – substance use and PTSD – should reduce the risk of death from all causes, and this may be especially true for the nation’s youngest veterans,” says Blow, who is also the director of the Mental Health Services Outcomes & Translation Section at the U-M Medical School.

Citation: “The association between substance use disorders and mortality among a cohort of Veterans with posttraumatic stress disorder: Variation by age cohort and mortality type,” Drug and Alcohol Dependence (2012), http://dx.doi.org/10.1016/j.drugalcdep.2012.08.015