By Elizabeth Fernandez
Now, in the first study of its kind, UC San Francisco researchers are reporting that, at the point in time they studied, youth using e-cigarettes were more likely to be trying to quit, but also were less likely to have stopped smoking and were smoking more, not less.

“We are witnessing the beginning of a new phase of the nicotine epidemic and a new route to nicotine addiction for kids,” according to senior author Stanton A. Glantz, PhD, UCSF professor of medicine and director of the Center for Tobacco Control Research and Education at UCSF.

E-cigarettes are battery-powered devices that look like cigarettes and deliver an aerosol of nicotine and other chemicals. Promoted as safer alternatives to cigarettes and smoking cessation aids, e-cigarettes are rapidly gaining popularity among adults and youth in the United States and around the world. The devices are largely unregulated, with no effective controls on marketing them to minors.

In the UCSF study, the researchers assessed e-cigarette use among youth in Korea, where the devices are marketed much the way they are in the U.S. The study analyzed smoking among some 75,000 Korean youth.

The study appears online in the current issue of the Journal of Adolescent Health.

“Our paper raises serious concern about the effects of the Wild West marketing of e-cigarettes on youth,” said Glantz.

Despite industry claims that it markets only to adults, e-cigarettes have achieved substantial penetration into the youth market.

In the U.S., the federal Centers for Disease Control and Prevention recently reported that the majority of adolescent e-cigarette users also smoke regular cigarettes, and that the percentage of middle and high school students who use e-cigarettes more than doubled from 2011 to 2012. An estimated 1.78 million U.S. students had used the devices as of 2012, said the CDC. 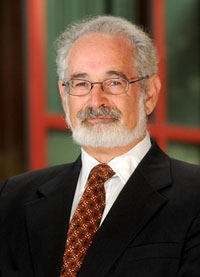 In the UCSF study, the researchers report that four out of five Korean adolescent e-cigarette users are “dual” smokers who use both tobacco and e-cigarettes.

The data for the study came from the Korea Youth Risk Behavior Web-based Survey, an annual, nationally-representative survey conducted by the Korea Centers for Disease Control in 2011. The sample included 75,643 youth in grades 7 through 12.

Sungkyu Lee, PhD, lead author of the paper and a UCSF postdoctoral fellow at the time that he conducted the study, noted that e-cigarette use has skyrocketed in Korea: less than 1 percent of youths had tried the product in 2008 when the device was first introduced, compared to more than 9 percent in 2011. Lee is now on the staff of the National Evidence-Based Healthcare Collaborating Agency in Seoul, Korea.

Among students who used e-cigarettes, 8 percent were concurrently smoking conventional cigarettes. After adjusting for demographics, current cigarette smokers in the study were found to be much more likely to use e-cigarettes than non-smokers.

Rachel Grana, PhD, a UCSF postdoctoral fellow, was a co-author of the study.

The research was funded in part by the National Cancer Institute; the University of California Tobacco Related Diseases Research Program; and the Hellmann Family Fund.