Home » Substance Abuse » Cannabis use can be prevented, reduced or delayed 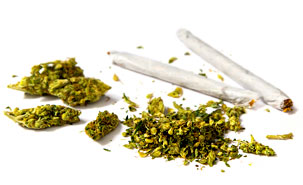 Cannabis users are at risk of neurocognitive deficits, reduced educational and occupational attainment, motor vehicle accidents, exacerbation of psychiatric symptoms, and precipitation of psychosis. Adolescents are particularly at risk due to the developing nature of their brain. Youth who have used marijuana have been shown to have less ability to sustain their attention and control their impulse control and have impaired cognitive processes. “Marijuana use is highly prevalent among teenagers in North America and Europe,” explained Dr. Patricia Conrod, who led the study. “As attitudes and laws towards marijuana are changing, it is important to find ways to prevent and reduce its use amongst at-risk youth. Our study reveals that targeted, brief interventions by trained teachers can achieve that goal.”

The study involved working with 1,038 high-risk British students and their teachers at 21 secondary schools in London. The children, who were in ninth grade (Year 10), were identified as being at high-risk by their responses to a clinically-validated personality assessment. People who are sensitive to anxiety or negative thinking, or who are impulsive or sensation-seeking are known to be at greater risk of substance abuse. “The students voluntarily participated in two 90-minute cognitive behavioural sessions that were adapted to their specific personality type. These sessions involved learning from real-life scenarios described by other at risk youth, and were designed to show how people manage risk. Cannabis was not directly mentioned but was discussed if the students brought it up,” explained Ioan T. Mahu, first author of the study. “There were signs that the programme delayed onset and reduced frequency of cannabis use in all youth who participated in the interventions, but the results also consistently showed that the programme was particularly effective in preventing cannabis use among those most at risk of using – sensation seekers,” said Dr. Conrod.

Approximately 25% of high risk youth took up cannabis use over the course of this two-year trial.  The intervention was associated with a 33 % reduction in cannabis use rates within the first six months after the intervention and then reduced frequency of use another six months later. “Within the group at greatest risk for cannabis use, sensation seekers, the intervention was associated with a 75% reduction in rates of cannabis use six months post intervention, as well as significant reductions in frequency of use thereafter,” Dr. Conrod exclaimed.  Drug use was ascertained by the use of anonymous questionnaires that the participants filled out every six months over the two years following the start of the study. The assessment protocol included a number of procedures to filter out students reporting incorrect information.

Sensation-seekers are people who require a lot of stimulation, and they are willing to take greater risks than most people to obtain experience excitement. They also tend to be less inhibited and less tolerant of boredom. “Sensation seekers are particularly at risk of cannabis use amongst this young age group. It is possible that other personality traits predict cannabis use at older ages,” Mahu said. “Future studies should look at the motivations for cannabis use amongst people with other at-risk personality types in order to develop intervention programmes that are as effective as this one has been for sensation seekers.

According to Senior Author Dr. Conrod, “given the well documented and deleterious effects of early-onset marijuana use among teens, prevention and delay of this behaviour is of utmost importance for the public, particularly as society experiments with different public policies to regulate cannabis-related harm to society.”

About the Preventure Programme

·         Video on the Preventure Programme and its impact on young people

24-Month Outcome of the Adventure Trial on Cannabis Use: A Cluster Randomized Controlled Trial” in Addiction on XXXXXX.

This trial was funded by a research grant and fellowship (2003-2008) awarded to the principal investigator, Patricia J. Conrod, PhD, from Action on Addiction. The research leading to these findings has also received funding from the European Community’s Seventh Framework Programme (FP7/2007-2013), under Grant Agreement n. 266813-Addictions and Lifestyle in Contemporary Europe-Reframing Addictions Project. The researchers also acknowledge funding from the Canadian Institutes for Health Research.  Dr. Conrod’s holds a Senior research salary award from the Fondation de Recherche du Quebec – Santé (FRQ-S)