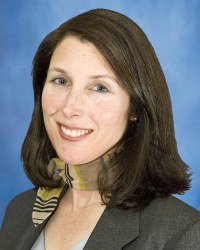 As such, researchers suggest that reoperation rates could be used alongside other quality measures to help improve surgical performance on a national scale.

Variation in surgical performance is becoming increasingly unacceptable to clinicians, health care managers, commissioners and patients. Death after surgery is currently one of the most widely recognized indicators of quality, but in isolation, its use is limited. To better measure performance and improve standards, a range of indicators is needed.

So researchers at Imperial College London used Hospital Episode Statistics (a dataset covering the entire English NHS) to describe national reoperation rates after colorectal surgery and to investigate the feasibility of using reoperation as a quality indicator.

Their findings are based on data for 246,469 patients in 175 English hospital trusts who underwent colorectal surgery for the first time between April 2000 and March 2008.

For instance, there was a fivefold difference in highest and lowest reoperation rates after elective surgery (14.9 percent vs. 2.8 percent) among trusts performing more than 500 procedures, and a threefold difference in reoperation rates in trusts performing more than 2,500 procedures during the study period (11.5 percent vs. 3.7 percent).

In an accompanying editorial, Arden Morris, M.D., M.P.H., associate professor of surgery at the University of Michigan Medical School, welcomes the study, but argues that measuring quality is only the first step in the more important goal of improving quality.

She says that a call for mandatory reporting of reoperation rates “is unlikely to result in a change in surgical technique” and she urges researchers “to propose mechanisms by which their data can be used for quality improvement – by individual providers, hospitals, and policy makers.”