UC San Francisco scientists report that they were able to arrest, and even reverse, tissue scarring of the liver, kidneys and lungs in mice.

The scarring, also known as fibrosis, is a major factor in nearly half of all deaths in developed countries. 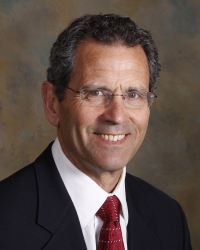 “Scarring is a critical component of organ dysfunction in most chronic diseases – kidney failure, liver failure, lung failure, heart failure,” said Dean Sheppard, MD, UCSF professor of medicine and senior author of the new study. “But there’s no effective therapy for tissue scarring that’s approved by the FDA [Food and Drug Administration]. Although scarring contributes to the progression of all these diseases, we currently have no way to treat it.”

The scientists accomplished the work by targeting a family of proteins on the surface of certain cells.

In the study, first author Neil C. Henderson, MD, PhD, a former postdoctoral associate in Sheppard’s laboratory and now at the University of Edinburgh, and an international team of scientists first devised a genetic technique to selectively knock out a five-member family of receptors known as alpha V integrins (“INT-uh-grins”) in the collagen-producing fibroblast cells of mice. These cells drive the excessive scarring seen in fibrosis.

The genetic deletion had a strong protective effect: Methods that reliably induce liver scarring in normal mice had little effect on mice lacking alpha V integrins. Knocking out alpha V integrins also protected the mice from fibrosis of the lungs and kidney.

On the other hand, the scientists did not observe any protective effect when they knocked out individual members of the alpha V integrin family, suggesting that fibrosis may be best treated by targeting the family as a whole.

The study was reported online on Nov. 10 Nature Medicine.

Based on these findings, members of the team based at St. Louis University in Missouri designed a drug that specifically blocks the action of all five alpha V integrins, and the compound prevented fibrosis as effectively as the genetic deletion of these integrins. Moreover, the drug, known as CWHM 12, was able to prevent the progression of established fibrosis in the liver and lungs, and even to reverse some of the damage caused to those organs by fibrotic disease.

Integrins, which are paired proteins that poke through cell membranes like the two prongs of a clothespin, help cells join together to form solid organs, such as the heart, lungs, and liver, by clamping onto a structural framework known as the extracellular matrix (ECM). But integrins also act as bidirectional antennae, detecting and transmitting information about events outside the cell to the cell’s interior, and relaying information about changes inside the cell to the ECM.

When organs are injured, for example, cellular signals prompt integrins to grab and pull on an ECM-tethered molecule called TGF-beta, which in turn signals fibroblasts to produce collagen, the major component of the scars produced during normal wound healing.

Fibrosis begins when this wound healing mechanism is chronically overactive, and it is a progressive, runaway process: As collagen builds up, tissues become stiffer, causing integrins to exert greater physical force on TGF-beta, which drives greater collagen production, and so on.

Even though the new research indicates that blocking all alpha V integrins may be the best path to new therapies for fibrosis, Sheppard hasn’t yet ruled out the possibility that a more targeted drug aimed at a single integrin might be even more effective. “We’re working really hard now to narrow this down to which specific integrin might be critically important,” he said.

In the meantime, Sheppard said, delivering CWHM 12 or a similar small molecule directly into the lungs as an inhalant could prove to be a useful therapy for lung fibrosis.