The increased number of annual autism diagnoses in the past years means we’re more likely to have diagnosed autistic people in our circle.  This reach extends to our families, coworkers, classmates, and many more people whom we love.  In fact, 5,437,988 (2.21%) American adults are currently living with autism.

Sadly, studies show that people with autism have a significantly shorter lifespan than their counterparts. This fact raises concern amongst the autism community and their loved ones. The search is on for ways to improve the living conditions for people with autism and keep them from dying younger.

The Life Expectancy of People With Autism

The sad reality is that people with autism are nearly three times more likely to die than their counterparts without autism. These tragic figures highlight the unfavorable outcomes for autistic people in our communities and call for special attention to improve autistic health care services.

Why Life Expectancy of People With Autism is Lower

Is autism killing our loved ones?

Autism doesn’t seem to be directly responsible for many of the associated deaths. In many cases, people with autism also have other conditions that significantly influence their quality of life.

Medical conditions prevalent with autism include epilepsy, mental retardation, respiratory difficulties, and cardiac dysfunction. The combination of these conditions seems to play a role in the general health and lower life expectancy of autistic people.

Suicide and depression are also key players in pushing down the life expectancy of people with autism. This factor is also under the influence of social and environmental factors.

Suicide ranks as one of the significant causes of death among the autistic community. The reason why suicide rates are much higher among autistic people than the general population could relate to multiple factors.

Bullying is one of the significant challenges that people with autism face, particularly in their younger years. The toxic mental state that bullying provides an excellent breeding ground for suicidal thoughts.

Routine social interactions such as going for a job interview or a work dinner might increase anxiety levels in a person with autism. While many of us might carry out these activities without a second thought, these situations place autistic people on alert and could be pretty draining. This mental stress could lead to a cycle of depression that fosters suicidal thoughts and actions.

People with autism often have a hard time integrating into society fully. They often feel awkward or left out. Only a small percentage of autistic people manage to keep full-time jobs, and the challenging job hunt might also contribute to the mental stress people with autism face.

The case isn’t much different for people with high functioning autism who can manage life without needing assistance. They seem to be at a higher risk of death by suicide.

About 30% of the children with an autism diagnosis also develop epilepsy.  This link between epilepsy and autism is one of the critical elements influencing the condition’s life expectancy.

Seizures, light sensitivity, and noise sensitivity are common epilepsy triggers among autistic people. The close relationship between both conditions indicates that they could have a common origin. They are both neurological conditions, and some researchers believe that they’re under the influence of the same genetic factors.

The influence of epilepsy on autism extends further into their mortality rates. Studies implicate epilepsy as a leading cause of death among people with autism.

The Role of Gender in Autism Death Rates

The cause of death could also be under the influence of the patient’s gender.  For instance, females bore a higher risk of death by suicide than their male counterparts.  Endocrine disorders and genital malformations also contribute significantly to mortality among the female autistic population.

On the flip side, male autistic people have a higher mortality risk from neurological and cardiovascular conditions. These variations might provide healthcare providers with some insight to provide the necessary assistance for people with autism.

People with low functioning autism often need assistance to carry out their daily activities. They usually experience some cognitive delays, and might lack the ability to perform basic daily activities.

Scientists are still unclear about the relationship between death and the skills low functioning autistic people lack. Some postulate that diet and overall health are key players in determining how well people with autism fare.

This finding highlights the crucial responsibilities of the families and caregivers of people with autism. What and how they eat and their response to medication are also vital.

Look around, and you might find people with high functioning autism within your immediate environment. They are your coworkers, students, friends, or classmates. Often, they don’t need assistance and can take care of their essential needs.

Despite looking like everything is perfect on the outside, things aren’t all-clear for them either. Death rates are still higher in this population than in the general population.

What Can We Do

First, we could begin by changing how we respond to autistic people around us. Wherever we can, especially in positions of authority, we could help reduce the incidence of bullying on autistic people.

As caregivers, we and our wards might benefit from therapies that foster independence for autistic people. Building meaningful social interactions, however limited, might be valuable for fighting off some of that isolation autistic people experience.

Supporting charities that devote their efforts towards improving the lives of autistic people would be an excellent way of giving to this community.

Healthcare for autistic people has improved significantly in the past years as more about this spectrum disorder comes to light. However, we need to do more to improve the clinical outcome of people with autism.

Many call on the government to revamp the healthcare sector to make provisions for the unique needs of people with autism.

Learning that people with autism around us tend to die younger screams out this community’s pressing needs.

People with autism usually die from other conditions which they struggle with in addition to autism. Suicide is also a critical cause of death in the autism spectrum.

These findings, however tragic,  turn the spotlight on the general population, health workers, and the government to work to improve living conditions for autistic people. 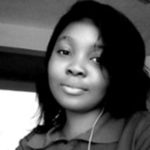 Jennifer Anyabuine holds a bachelor's degree in Biochemistry from the University of Nigeria Nsukka and is currently a medical student. She is a freelance medical writer specializing in creating content to improve public awareness of health topics.