Medical experts in the U.S. have recently pushed the new psychedelic therapy trend into public attention, with frowns on the matter now replaced with verbal discussions on the controversial matter.

Psychotherapist Amy Morin expressed views held by many around the world. Along with many others in the medical field who held the belief that psychedelics was a recreational drug, disapproval has shifted into curiosity. Following academic research and studies on this alternative treatment,  the benefits of Psychedelic Therapy are now seen and further explored.

Successfully proven to treat anxiety, depression, and substance abuse issues, a recent dramatic increase in interest recently will see curiosities skyrocket. It is believed that more esteemed medical experts will join this growing interest which began in 2004.

Dr. Matthew W. Johnson, an acting director of the Johns Hopkins Center of Psychedelics and Consciousness Research, began studying Psychedelic Therapy and the use of psychedelics in the treatment of mental disorders in 2004. According to Johnson, while an increase in interest around this area has slowly grown over the years, a dramatic jump has happened that will continue to occur over the next several years.

This rapid leap in interest is due to pandemic-inducing challenges. Covid-19, struggling economies, and daily stresses have seen global populations finding it almost impossible to cope with mental health stresses joined by off-the-chart levels of anxiety and depression.

Those suffering from poor mental health and associated disorders, no longer find relief in current methods or treatments or feel better equipped to bounce back. This is due to mental frameworks, human consciousness, and thinking behavior changing, and with it, mental health and what we know of it as a whole.

With medical experts now casting a credible, rational eye over a once-controversial area, public stigma is reducing with more federal funding and less hesitation believed possible. Especially when the National Institute of Health director, Francis Collins, publically announces his praise for the potential of psychedelic therapy.

With another thumbs-up as a possible therapeutic treatment option, less risk aversion is expected, together with popular views that the psychedelic treatment is a worthy avenue. Now, in a time of global suicides and high cases of substance abuse disorders, it’s an avenue worth exploring through cautious research.

Efforts to explore psychedelic therapy further promise no replacements to other mental health treatments but rather another tool in the box targeting those who feel helpless with currently available treatment.

What Is To Come For This Rising Medical  Treatment Trend In 2022 And Beyond?

While still in its early trending stages, medical experts and health officials forecast the upcoming years as having a slow rise in acceptance. Already, parts of the U.S. have started seeking legal accessibility, while others remain disapproving of this novel approach in the psychedelic arena.

Last year, Detroit decriminalized psychedelic mushrooms and other places like Denver have de-prioritized enforcement of the hallucinogen. More changes and updates regarding regulation and accessibility are still to come as the year progresses.

However,  the hope is that this effective treatment will become safe, accepted, and regulated for the benefit of the U.S. population and others around the world struggling with mental health issues, disorders, anxiety, and depression.

The hope to regulate and provide access to psychedelic therapies brings with it the hope of more ketamine clinics. Already, the U.S. is home to a few on-site ketamine clinics as well as research facilities. These facilities are making a monumental impact on this growing trend with every clinical trial and research study conducted

As audiences from all areas of the medical world, from thought leaders to citizens, join up to advocate for increased access to psychedelic-assisted therapy, along with veterans, their efforts will be backed by unquestionable research. All this will push for the realization of psychedelic science, and hopefully, see it through in the near future.

More updates to follow as we keep you informed on the hottest topic within the medical world. 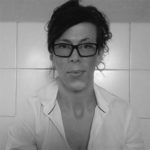 Stacey Rowan Woensdregt has more than 15 years of experience in print media, online media, copywriting, and digital marketing. She has written for many bespoke magazines and media houses and has worked within top digital marketing agencies around the world. Her niche markets include architecture, property, health and wellness, holistic medicine, art and lifestyle, and business.