What Does Depression Feel Like? Causes, Symptoms & Warning Signs 2022 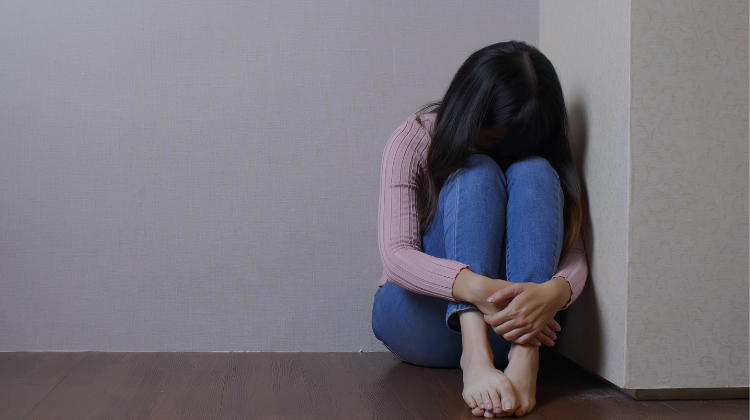 Around 8.4% of adults in the United States (US) have had a Major Depressive episode. According to the National Institute of Mental Health (NIMH)[1], that accounts for 21 million adults.

Depression goes far beyond sadness, which can go away on its own. True depression can become a serious health issue. Persistent depressive symptoms can have negative effects on a person’s ability to participate in major life activities and make it more difficult to fully enjoy life But what does depression feel like?

Read on to learn the signs of depression to look out for and when to look for help.

How Does Depression Make You Feel? Signs & Symptoms

Depression is a common but serious mood disorder characterized by feelings of sadness or loss of interest, but the signs of depression can also appear as irritability or apathy. During this time the person may be having difficulty y performing normal daily tasks.

A reference called the Diagnostic and Statistical Manual of Mental Disorders (DSM-5) details the guidelines for a depression diagnosis. For diagnosis of Major Depression, at least 5 symptoms[3] should be present for at least two weeks.

Depression symptoms can include

What depression feels like is slightly different in children and adolescents. This age group tends to experience more frequently unexplained aches and pains and tends to be more socially withdrawn and irritable compared to adults.

There is not one specific cause for depression, and how one person may describe their depression symptoms may be different than someone else. The range and severity of symptoms can vary from person to person.

Sections in this article might be triggering for some individuals. If you are having thoughts of suicide or harming yourself or others in any way, contact The 988 Suicide and Crisis Life (previously the National Suicide Prevention Lifeline) at 988 for confidential emotional support in a suicidal or emotional crisis.

If you are a veteran in crisis call 988, then press 1 to reach a trained responder through the Veterans Crisis Line. If you or a loved one is in immediate danger call 911.

There are many causes of depression. Some common causes are:

Major depressive episodes are more prevalent between the ages of 18-25. Although, it is not limited to these ages. Different age groups[3] may need specific screening tools for identifying depression and the correct treatment options.

Children and adolescents may show aches and pains, irritability, and appear more socially withdrawn. In older adults[4], there is a higher risk for suicide, and treatment is very important.

A British study[5] with over 800 families found a possible link between a certain chromosome 3925-26 and severe recurrent depression.

Another study[6] suggested that depression is common among family members, with both a genetic and environmental component. This study was an expansion of a smaller study from the year 2000 that suggested a similar possibility.

Therefore a person with a parent or family member with depression may be at a higher risk of suffering from it.

There are gender differences in the frequency of diagnosis. Women tend to be diagnosed more frequently with depression than men. According to the NIMH[7], the prevalence of major depression was higher amongst adult women compared to men.

Exposure to abuse (sexual, physical, or psychological) can increase the risk for depression. Children or adolescents who have experienced abuse[8] are at a high risk of developing depression in adulthood.

This increased risk has also been seen in adults. For example, women and older adults[4] who experience abuse also report depression.

Grieving[9] after a loss is a natural process. It differs from depression since it maintains self-esteem, painful feelings come in waves, and the thought of death is related to fantasizing about joining the loved one. Grief and depression can coexist, although, it may prolong the bereavement process.

Any major life change can also lead to depression. Some examples are job loss, moving, starting school, or financial hardships.

Older adults may experience changes like a sudden illness, an empty nest, or a move to a higher care facility.

These feelings might show up in waves and may feel similar to grief at times, so may not be as obvious initially. If they continue long-term they may indicate clinical depression.

People who develop a serious or chronic illness[10] may experience a depressive episode, which may decrease after the illness stabilizes. This can also occur in children and adolescents who suffer from a chronic disease.

Symptoms may also feel more severe in those with chronic illnesses and depression.

It is estimated[11] that over 200 medications may cause depressive symptoms as a side effect. There is also a possibility of combinations of medications that could also be a cause of depression, for example, beta-blockers such as metoprolol when combined with proton pump inhibitors.

Some of these medications are prescribed and monitored, while others can be found over the counter, where combining them without a doctor’s oversight might have adverse effects.

Some common medications that are associated with depression are antihypertensive (usually when using more than 3), proton pump inhibitors (like omeprazole), analgesics (like hydrocodone), and hormonal contraceptives.

Previously it was believed that a serotonin imbalance was the root cause of depression, but a recent study[12] showed no such link.

Previously known as Dysthymia, this type of depression presents as a chronically low depressed mood. Symptoms of persistent depressive disorder are not as severe as MDD, but they can still be disabling and affect the quality of life.

This disorder is diagnosed when symptoms last over 2 years. Once the person has been symptom-free for more than two months consistently, they no longer are considered to have PDD.

Perinatal refers to the period before and after the birth of a child. It is a mood disorder that may affect women during or after pregnancy. Depression symptoms that start during pregnancy are called prenatal depression.

There are clear differences between typical baby blues and a perinatal mental health diagnosis, so it’s important to understand the symptoms. So what does postnatal depression feel like?

Postpartum depression after childbirth affects 1 in 9 women. Post-partum depression is characterized by intense sadness, anxiety around childbirth, lack of interest in the baby, and exhaustion. It is important to identify depression since it could be dangerous for both the mother and the baby.

Baby blues[13] are different from Perinatal Depression. Women with the baby blues experience mild mood changes which can last two weeks after birth. Symptoms may include unhappiness, exhaustion, and general worry.

Postpartum[13] psychosis is a severe mental illness that develops after childbirth. It is a serious condition in which the individual experiences hallucinations, mania, paranoia, and confusion. Immediate treatment is advised since it poses a danger to both mother and baby.

Men also can suffer from postpartum[14] depression after the birth of a child. They are at high risk if they have a history of depression or their partner is suffering from postpartum depression. It is important that the male partner also receives help if experiencing symptoms like irritability or any other depression symptoms.

Some people might experience seasonal emotional changes during the winter months, due to the lack of sunlight. Seasonal affective disorder (SAD) may be treated with light therapy, but in most cases requires other treatments.

Mood swings experienced by people with bipolar disorder are more severe than ordinary ones and can last weeks or months. These can be misdiagnosed as unipolar depression and can delay proper treatment.

This is a variant of MDD that involves severe depression symptoms including psychosis. People with psychosis may experience trouble thinking clearly, paranoia, and hallucinations.

PMDD[15] is similar to Premenstrual syndrome (PMS), occurring 1 or 2 weeks before ovulation. Symptoms are more severe than PMS and include lasting irritability, feelings of sadness, anxiety, and mood swings. These symptoms typically resolve 2-3 days after your period starts.

Treatment[16] for depression usually consists of medication, psychotherapy, support groups, or a combination of these. The best treatment option is determined between you and a healthcare professional. Most people experience improvement of symptoms within four to six weeks of starting treatment.

A good thing about CBT is that it can help you develop life-coping strategies. This is not the only talk therapy treatment option. Work with your mental health provider to choose the right one for you.

Talk therapy can also be combined with medication to treat moderate to severe depression. Those with mild depression might respond to psychotherapy alone.

Depending on the severity of the depression, it may require 10-15 talk therapy sessions or more. Some people might find benefits from family, couples, or group therapy. These provide peer support and can be part of your health plan.

Other medications like antipsychotics and mood stabilizers are also effective ways to treat depression. These were initially created to manage other mental disorders like schizophrenia or seizures but have expanded in their use. Consult with your medical doctor to see what medication regimen may be best for you.

These are brain stimulation treatments, usually reserved for people who have not responded to other depression treatments.

These mostly use electric or electromagnetic stimulation of the brain or cells and require strict supervision by healthcare professionals.

Alternate treatment options may include creating a support group with friends and family, adjusting your environment, or creating a healthy lifestyle.

Life can feel difficult when struggling with mood fluctuations and depression. You also may be struggling with intrusive or racing thoughts that affect your sleep, relationships, or job.

Feelings of sadness, guilt, worthlessness, and anxiety may be creeping in. If you are having difficulty with any of these symptoms or they are lingering for too long, get help.

It is vital to receive treatment for depression symptoms, especially if they are interfering with your regular life. There is no one cause for depression, and it may not always be obvious what is causing it.

Discuss with a healthcare provider to determine what is the best treatment option for you. 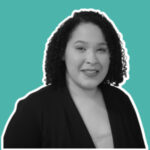 She's currently working as a Registered Dietitian who enjoys promoting healthy lifestyles to be able to thrive in old age. She has worked dietitian-nutritionist in different settings helping adults manage chronic disease through dietary approaches, achieve healthful weight, and replenish nutrient deficiencies. She holds a Bachelor’s degree in Nutrition and Dietetic Sciences, alongside a Master’s degree in Creative Writing.