Written by the Endocrine Society 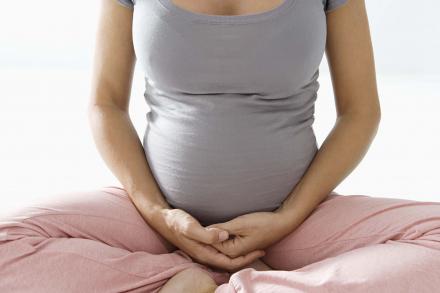 Exposure to the endocrine-disrupting chemical bisphenol A (BPA) during pregnancy can cause oxidative damage that may put the baby at risk of developing diabetes or heart disease later in life, according to a new study led by University of Michigan researchers and published in the Endocrine Society’s journal Endocrinology.

Bisphenol A is a chemical used to manufacture plastics and epoxy resins. BPA is found in a variety of consumer products, including plastic bottles, food cans and cash register receipts.

Research has shown BPA is an endocrine disruptor – a chemical that mimics, blocks or interferes with the body’s hormones. The U.S. Centers for Disease Control and Prevention have estimated that more than 96 percent of Americans have BPA in their bodies.

Oxidative stress occurs when the body is exposed to high levels of free radicals – highly reactive chemicals that have the potential to harm cells when the body processes oxygen – and the body cannot neutralize the chemicals quickly enough to correct the imbalance. Some environmental toxins such as cigarette smoke, ionizing radiation or some metals may contain large amounts of free radicals or encourage the body to produce more of them, according to the National Cancer Institute at the National Institutes of Health.

“This study provides the first evidence that BPA exposure during pregnancy can induce a specific type of oxidative stress known as nitrosative stress in both the mother and offspring,” said the senior author, Vasantha Padmanabhan, M.S., Ph.D., of the University of Michigan’s pediatric endocrinology division. “Oxidative stress is associated with insulin resistance and inflammation, which are risk factors for diabetes and other metabolic disorders as well as cardiovascular disease.”

Researchers analyzed blood samples from 24 mother and infant pairs to examine the effects of BPA exposure. The women had blood drawn during the first trimester of pregnancy to measure their BPA levels. The women were divided into two groups – those who had lower levels of BPA in their blood, and those who had higher levels. Researchers also took blood samples from the umbilical cords after the babies were delivered and measured the amount of chemical byproducts created by oxidative stress.

The blood analysis revealed that the human mothers exposed to higher levels of BPA and their infants showed signs of oxidative stress caused by overexposure to nitric oxide-derived free radicals. The study participants had larger amounts of byproducts caused by this type of oxidative damage in their blood.

In addition to the human subjects, the researchers studied the effects of BPA on pregnancy in sheep, rats and mice. The scientists fed animals diets containing either high or low doses of BPA. The researchers then measured the resulting oxidative stress on the mothers and their offspring using blood samples. The results corroborated the results in the human study.

“Whether or not BPA is harmful to human health has been vigorously debated,” Padmanabhan said. “These findings demonstrate that more studies like this one are needed to determine the disease risk of exposure to BPA. In the interim, these results indicate that pregnant women should minimize their exposure to BPA to safeguard their babies and themselves from oxidant injury.”

Other authors of the study include: A. Veiga-Lopez, S. Pennathur, D.C. Dolinoy and L. Zeng of the University of Michigan; K. Kannan of the New York State Department of Health in Albany, NY; and H.B. Patisaul of North Carolina State University in Raleigh, NC.

The study, “Impact of Gestational Bisphenol A on Oxidative Stress and Free Fatty Acids: Human Association and Interspecies Animal Testing Studies,” was published online, ahead of print.

For more information on the health effects of BPA, visit http://www.endocrine.org/edcguide to download the guide to endocrine-disrupting chemicals published by the Endocrine Society and IPEN.