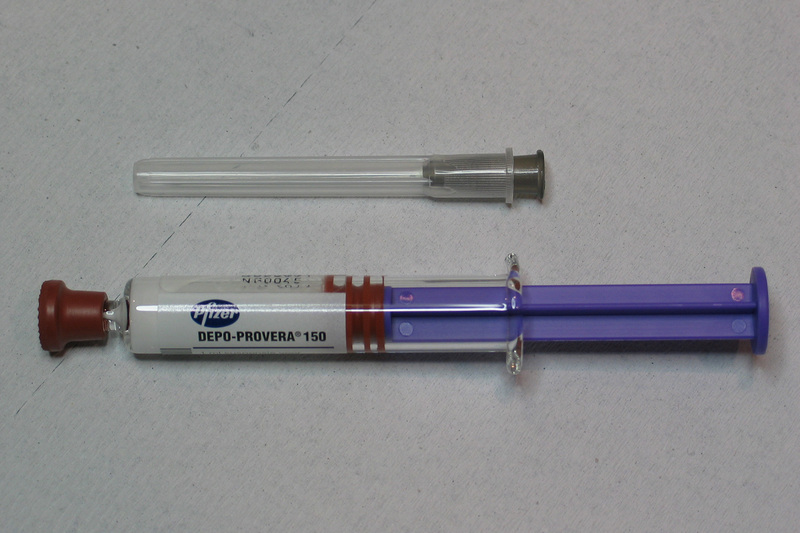 The UCT study found that the benefits of the injectable contraceptive Depo-Provera may be overshadowed by serious disadvantages, including potential increased risk for contracting TB.

A breakthrough study conducted by Professor Keertan Dheda and Dr Michele Tomasicchio, at the University of Cape Town’s (UCT) Centre for Lung Infection and Immunity, has revealed that one of South Africa’s most commonly-used injectable contraceptives could increase women’s chances of contracting tuberculosis (TB).

Injectable contraceptives are widely used across sub-Saharan Africa, being the birth control of choice for about 16.5 million women in the region. The World Health Organization (WHO) cites “their effectiveness, their simple re-injection schedule [every two or three months, depending on the brand] and their suitability for discreet use” as some of the main reasons for their popularity.

Now however, in the case of Depo-Provera – one of the most commonly-used injectable contraceptives – some serious risk factors have cast a shadow over the advantages.

A recent meta-analysis of clinical observational data suggested that Depo-Provera may increase women’s chances of contracting HIV by up to 40%. This is because the injection contains the synthetic hormone medroxyprogesterone acetate (MPA), which acts as an immunosuppressant.

Putting TB under the spotlight

Considering the prevalence of TB in sub-Saharan Africa, and the fact that it remains the top infectious disease killer globally, Tomasicchio said he realised the necessity of investigating whether the use of Depo-Provera could also increase the risk of TB infection.

“[We found that] Depo-Provera actually down-regulates immune function genes that are associated with protection against TB, and also up-regulates certain cell types that suppress your immune system.”

“We looked at two different injectable contraceptives that are commonly used in South Africa – Depo-Provera and norethisterone enanthate (NET-EN). Our data showed that Depo-Provera increases TB pathogenesis, while NET does not.”

To conduct the study, Tomasicchio and his team recruited healthy HIV-negative female patients who were not on a contraceptive prior to being enrolled in the study.

Various assays were then used to determine if the two injectable contraceptives increase TB pathogenesis.

“[We found that] Depo-Provera actually down-regulates immune function genes that are associated with protection against TB, and also up-regulates certain cell types that suppress your immune system,” he explained.

While similar studies had previously examined the effects of MPA on mycobacterium TB in animal models, this was the first time that researchers investigated the potential effects in humans.

The groundbreaking findings were published online by the respected Journal of Infectious Diseaseslate last year.

Coupled with the previous findings on HIV pathogenesis, the fact that Depo-Provera can also increase women’s chances of contracting TB makes it something of a double-edged sword.

“It’s an important topic from a women’s healthcare point of view, especially considering the fact that Depo-Provera is still extensively administered in clinics throughout South Africa,” Tomasicchio said.

On average, injectables are the contraceptive of choice in 25% of cases. However, in rural KwaZulu-Natal, it is used in up to 85% of clinics.

Tomasicchio would like to see the study results, along with those of future studies, drive a change in policy surrounding Depo-Provera usage in South Africa.

“My ultimate aim is to make sure that women are aware of the dangers of using [Depo-Provera], particularly in the context of sub-Saharan Africa,” he said.

“What should happen is government clinics in South Africa – and elsewhere – should move over to NET, because it simply is the safer choice.”

“What should happen is government clinics in South Africa – and elsewhere – should move over to NET, because it simply is the safer choice.”

Despite the fact that Depo-Provera has been proven to increase women’s chances of contracting HIV and now also TB, the government is reluctant to change policies.

The reason for this is two-fold: Depo-Provera is cheaper to manufacture and to maintain, as it works on a three-monthly reinjection schedule while NET-EN must be administered every two months.

Tomasicchio said he plans to pursue this study further, to gain a better understanding of why and how MPA actually drives TB pathogenesis.

“There’s a lot of mechanistic, laboratory-based studies that can still be done,” he said.

“And, I think moving from here, there can be clever ways to look at MPA in a clinical context.”

Ultimately, he hopes that the mounting evidence showing that Depo-Provera is not the safest choice will be taken to heart by the South African government and that policy changes will be made sooner rather than later.