Not so blue? Study suggests many Americans less depressed

ANN ARBOR, Mich. — Fewer Americans may be feeling the blues, with rates of depression in people over 50 on the decline, according to a new University of Michigan Health System study.

Between 1998 and 2008, rates of severe depression fell among the majority of older adults, especially the elderly, who have historically been a higher risk group for depression, new findings show. Meanwhile, late middle agers between ages 55-59 appeared to experience increased depression over the 10 year period.

The nationally representative study appears in the Journal of General Internal Medicine.

“Over that decade, we saw a significant decrease in depression among older adults, and we need further studies to explore whether this is the result of improved treatment,” says lead author Kara Zivin, Ph.D., assistant professor of psychiatry in the U-M Medical School and research investigator at the VA Center for Clinical Management Research. “Even with signs of progress, however, a significant percent of our population is still experiencing severe symptoms of depression, and we need to do more to ensure all of these groups have proper access to treatment.” 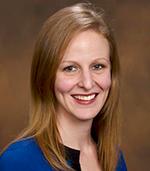 Late-life depression has been a major area of concern among health providers, with studies showing increased depression at a time when many face death of loved ones, isolation, medical problems or changes in economic status. The new study, however, suggests improvements in this trend, with the most pronounced drop in depressive symptoms in people in the 80-84 age group.

Increases in depression rates were concentrated among people in late middle age between ages 55-59 – a group that hasn’t traditionally been focused on as an at-risk group.

“It’s unclear whether this shift is an indication of a sicker population not being treated adequately, a burden on people of that age at that particular time or something else, which is why we need to do more research to better understand these patterns,” Zivin says.

Researchers used data from the Health and Retirement Study, a nationally-representative sample of older Americans that is conducted by the U-M Institute for Social Research on behalf of the National Institute of Aging.

“We were pleased to see that there appears to be an overall improvement in depressive symptoms in the US, which is most likely related to better recognition and treatment. We are hopeful that our findings highlight the importance of depression diagnosis and treatment, and that we continue to make progress in developing better ways to systematically improve the outcomes of patients with depression,” says senior author Sandeep Vijan, M.D., M.S., associate professor of internal medicine at the U-M Medical School and a research scientist at the VA Ann Arbor Health Care System.